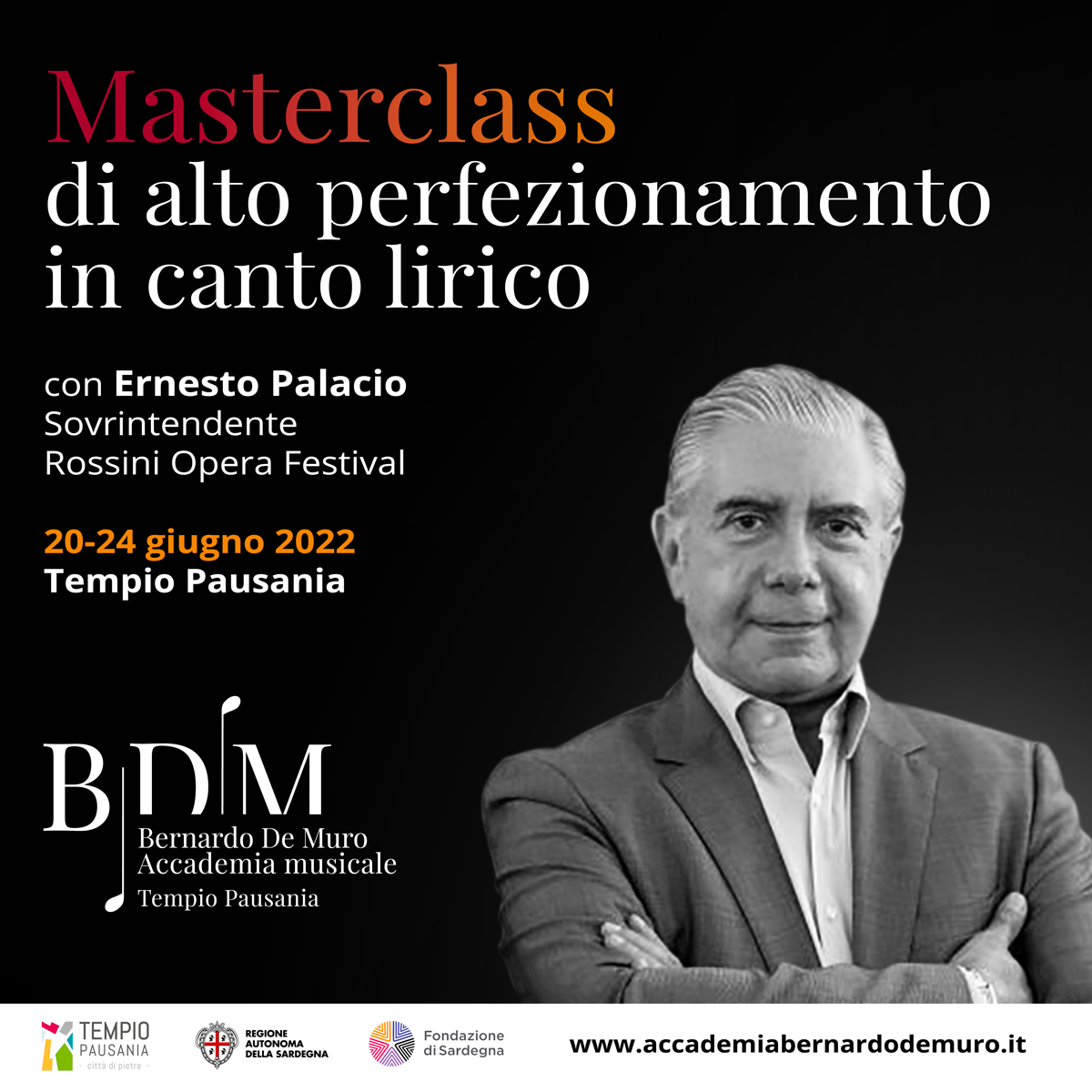 From June 20th to 24th, at the Teatro del Carmine in Tempio Pausania, it will take place the Lyrical Singing Masterclass held by Maestro Ernesto Palacio, superintendent of the “Rossini Opera Festival”.

This Masterclass will be focused on the study of the vocal technique and the interpretation of operatic arias and of the free choice repertoire indicated by participants, in addition to wich – for those who wish to – it will be possible to approach the technical and interpretative study of the roles in the opera  “Il Barbiere di Siviglia“. The Masterclass is open to all levels singers, without age or nationality limits. At the end of the Masterclass, the suitable singers selected will take part to the debut through the roles of the Opera studied in the season 2022-2023 of the Accademia Musicale Bernardo Demuro program, performed in semi-scenic form or in concert. Furthermore, all of the active students who will be deemed eligible (the teacher and the art directors will carefully examine the level of preparation of each participant), will perform in the final concert which will be performed in the afternoon of June 24th, at the Teatro del Carmine. The maximum number of students enrollable to the Masterclass is 15 active participants and 30 as auditors.

Once concluded his operistic career, Ernesto Palacio discovered many prominent artists of the new generation of the Belcanto and nowadays he is considered one the leading expert of Rossini singing all over the world. His repertoire includes around eighty operas (a solid twenty by Rossini) and more than a hundred oratories, Masses and other vocal compositions.

The appointment is from June 20th to 24th, for this unique occasion dedicated to the Opera.